Market makers are critical to the functioning of the stock exchange as we know it, and they are especially crucial in over-the-counter markets, where individual trades can be fairly big. Market makers, in facilitating trade, might, nevertheless, have unintended consequences for a stock’s bid or ask price. In this post, we’ll look at the myths surrounding market maker signals as well as some true trading indications created by market makers.

What does it mean to be a market maker?

A market maker is a bank, brokerage, or other institutional investor who buys or sells stocks in response to orders. You can buy and sell stocks thanks to market makers even if there isn’t a corresponding seller or buyer at the current market price. 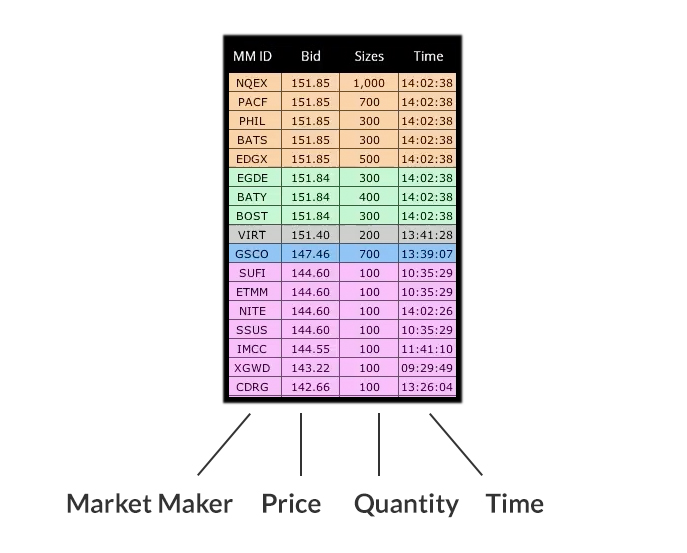 Bid and ask prices, as well as the volumes of stock they’re willing to purchase and sell, are quoted by market makers at any given time. In most trades, they can purchase and sell at least 100 shares, but larger trades can have share volumes in the tens of thousands. Market makers profit from the spread between bid and ask prices, and huge trades or equities with significant trading volumes can quickly generate thousands of dollars from the gap.

Among traders, market maker signals are something of an urban legend. To prevent insider trading, the SEC prohibits instant chat among market makers on trades queued for execution. Market makers, according to theory, get around this by purchasing and selling shares of penny and micro-cap stocks in batches of several hundred shares.

Because the value of the shares being exchanged is smaller than the commission necessary to place the trade, these signals are obvious to other market makers. Retail investors are unlikely to place orders for several hundred shares of penny stocks.

Take everything with a grain of salt, though. There isn’t much proof that market maker signals are genuine.

Market Maker “Signals” To Pay Attention To Whether you believe in market maker signals or not, market makers can manipulate the market to boost their personal profits. The waves in bid and ask prices caused by market makers are real, though they’re mostly limited to penny stocks and micro-caps.

When trading penny stocks on over-the-counter exchanges, traders should look for a single market maker who controls the majority of the order flow. This is most likely a sign that the market maker is filling a huge order and may be attempting to artificially maintain the bid or ask price for the majority of the day by only purchasing or selling shares at a specific price. The market maker benefits from this since it allows them to successfully fill a huge limit order.

The market maker is suppressing or inflating the price of a stock in this scenario, right up until their massive trade is virtually completed. Once the order is filled, prices for that stock might move quickly in response to bid and ask prices from all around the market.

Market makers can also “trick” the market by releasing an order for a different amount of shares than they actually desire to purchase or sell. As an example, suppose a market maker issues a sell order for 10,000 shares of a company when he or she actually possesses 100,000 shares to sell. In that situation, by not revealing that the market would soon be swamped with shares, they may be able to keep the stock price artificially high for the majority of the trade.

Orders that are not genuine

In a similar vein, market makers can manipulate prices by placing fictitious orders. Let’s say a market maker places an order to acquire 100,000 shares of a stock, but only buys 10,000. In that instance, the market maker can temporarily raise the price of the stock, resulting in a wider spread.

Market maker signals may or may not be genuine, but that doesn’t rule out the possibility of market makers having an impact on penny stock and micro-cap prices. Still, it’s crucial not to get too worked up over market-making strategies that move a stock’s price around. You can essentially protect yourself against market maker shenanigans by taking responsibility for your own trading and concentrating on a profitable approach.

Could this odd-looking machine really be the most transformative innovation in history? It’s about to spark the biggest investment mega trend in history … with one small Silicon Valley company at the center of it all. END_OF_DOCUMENT_TOKEN_TO_BE_REPLACED

Wall St. banks & billionaire investors see this change coming - and have quietly been piling more than $108.5 BILLION into a certain sector of the market. Now legendary investor, Chris Rowe is coming forward, to make sure mainstream investors are prepared for what’s about to happen. END_OF_DOCUMENT_TOKEN_TO_BE_REPLACED

Legendary investor who bought Apple at $1.42 says "TaaS" will radically change your life over the next few years - and could make you rich. END_OF_DOCUMENT_TOKEN_TO_BE_REPLACED

Man who made TWENTY-THREE 1,000% recommendations just unveiled his #1 stock, live on camera END_OF_DOCUMENT_TOKEN_TO_BE_REPLACED